Our protection training program is broken down in to three levels that will take you and your pet from basic threat recognition to advanced to developing confident off-leash commands. 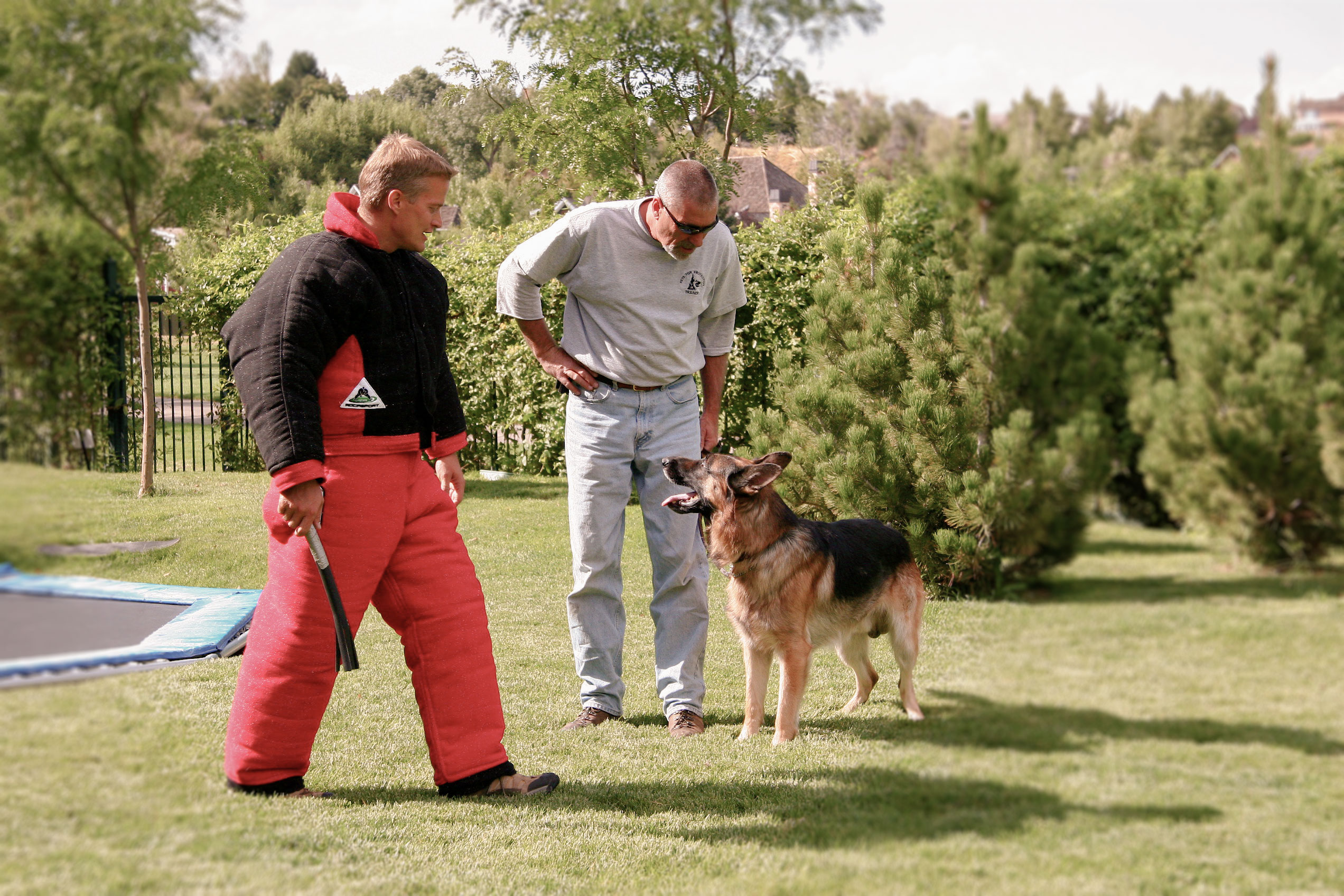 This training program is designed to teach both dog and owner the basis of understanding how we get the dog to recognize and react to a threat. To deal with control factors even when this threat still seems to be apparent, what we refer to as relinquishing the job, and to respond to commands without vicious intent. This is a non-bite training program, strictly defense. Tasks included: Recognizing and reacting to a threat, control and tolerance command, and command response to protect. 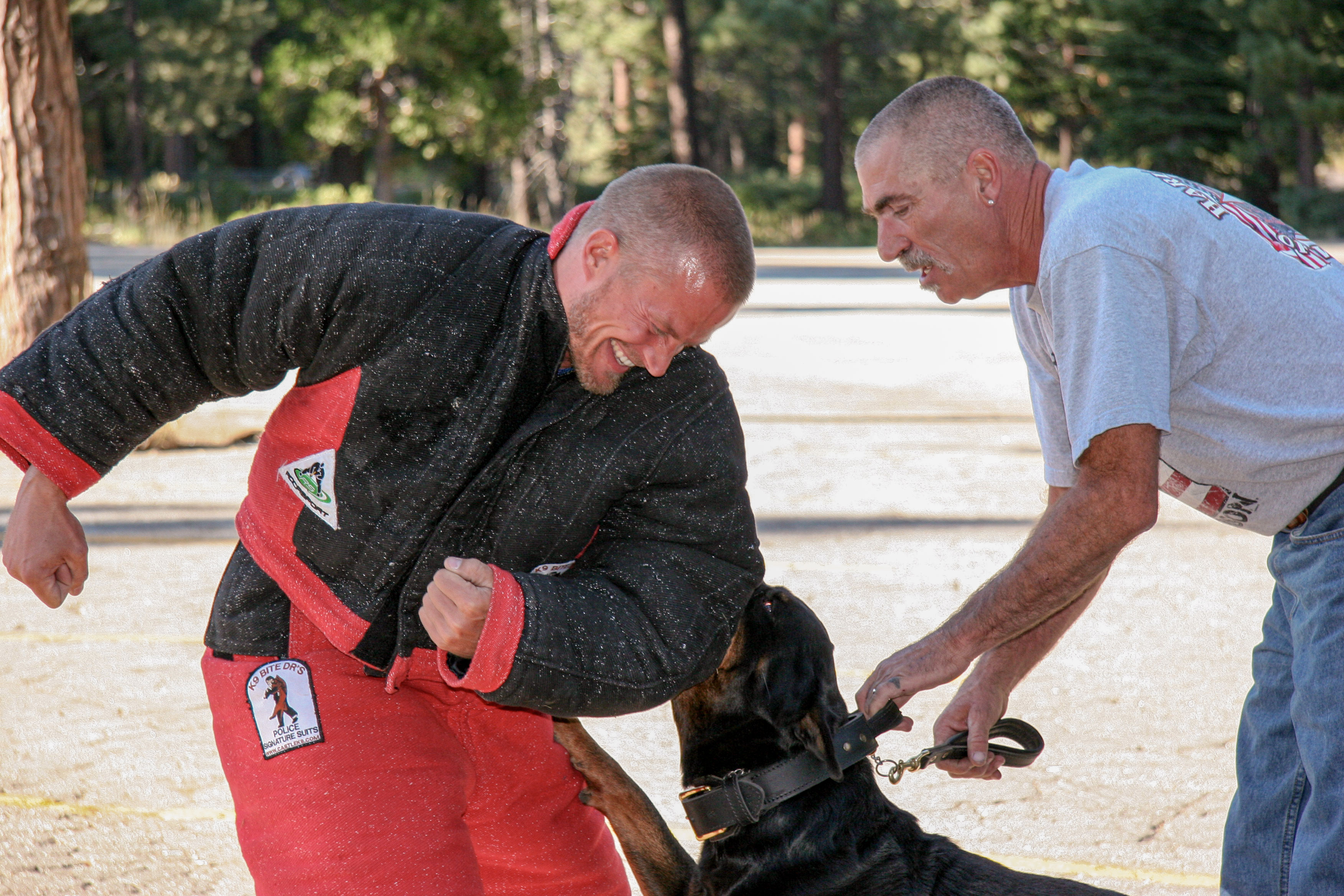 In this program we take the level one dog and owner from defense only to the fight level. This training is all done on leash and covers a variety of scenarios. Teaching the dog to "hit and hold", developing the bite and leash control to make dog and owner an effective pair. Level two will also work more tolerance and control factors even after the fight, and keeping his work "game" so as not to raise suspicion level. We will teach the dog the art of the bump and bite and will fine tune the owners understanding of this education. Socializing between situation training is a strong component to keeping a low suspicion level. Tasks include: hit and hold, developing the bite, control, tolerate and release command and defending the physical assault without command. 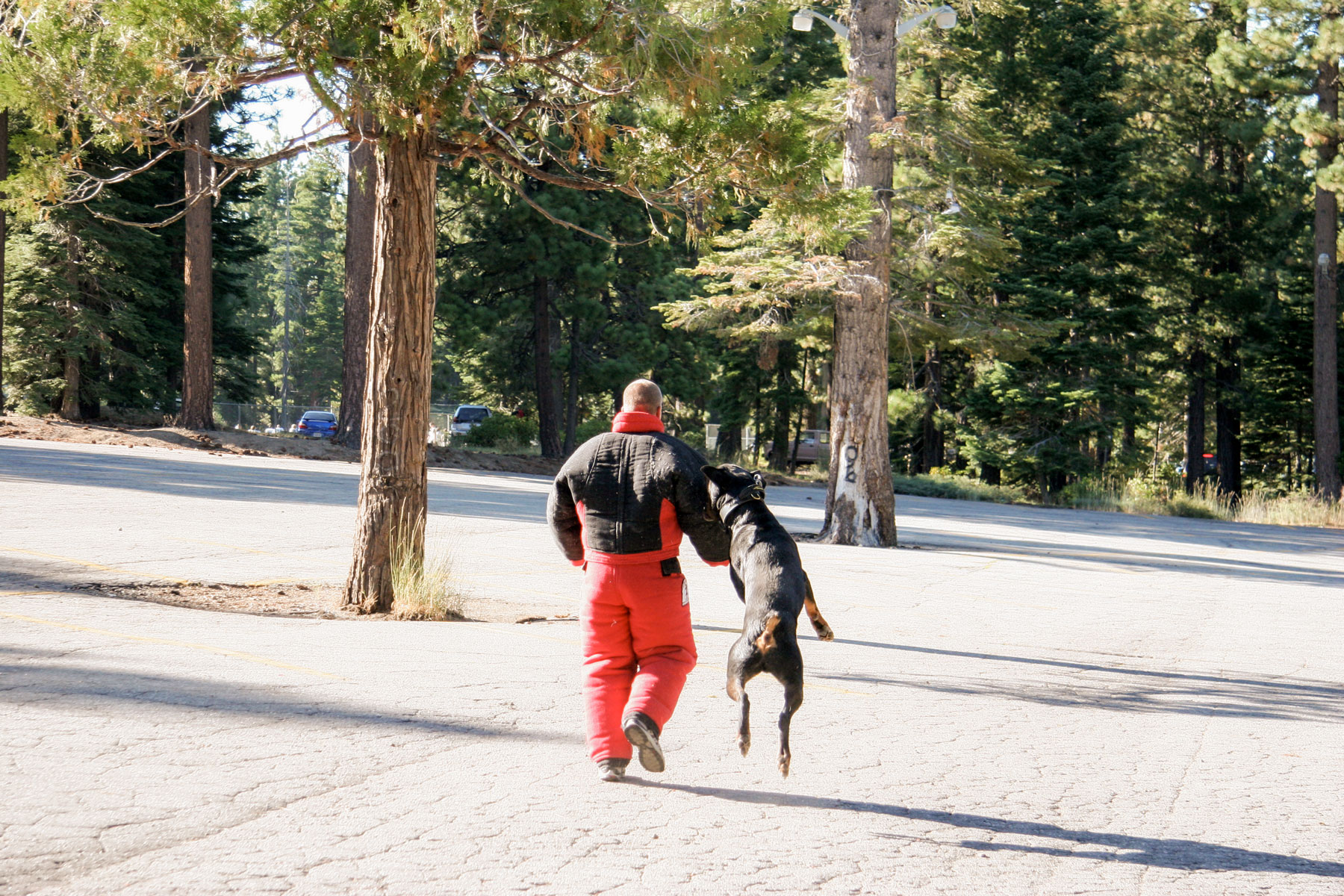 This program is designed for the enthusiast.  The dog and owner have both proven their capabilities in Behavior, Obedience, and Protection at two levels. Now the leash comes off and we put some distance on the fight, apprehend the bad guy, hold until submission or until called off, halt on command even if at full speed, and to defend any physical assault on the owner without hesitation or command. Again we delve even deeper into social skills, confidence, and tolerance. Tasks include: off-leash apprehension and stand off, control, release, tolerate and return commands. Defending the physical assault on owner from a distance without command.

Protection Training, A Note from the Trainer

"The difference between a mean dog and an educated protection dog, the high-suspicion level and the low-suspicion level dog, the feared junkyard dog and the revered Schutzhund has always been a topic I can't get enough of. To enlighten the uneducated, well, let's just say I live for it."

Call Pets for Protection today to schedule your training for you, your company, or your family

Training for You and Your Dog